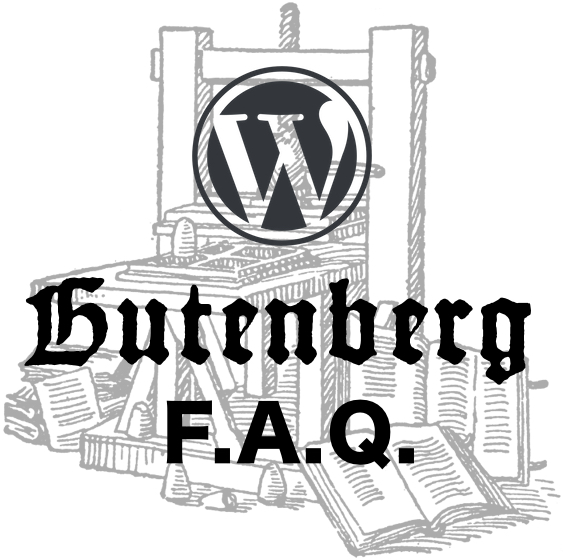 We find that folks fall into one of two camps when it comes to WordPress and what is going on with Gutenberg:

Camp #2: They know about it and are afraid of it.

No, it is not named after Steve, arguably one of the most underrated actors of the 80s and headliner of the Police Academy franchise. Gutenberg, in our web development world, is the upcoming new visual editor to be implemented in WordPress later this year.

Why is this a thing?

The old editor, TinyMCE, is old, considered limited in scope and requires WordPress users to make use of shortcodes and HTML to get things working in the desired manner. By introducing the new Gutenberg editor, the goal is to give the editor more flexibility and ease of use, especially for neophyte WordPress users.

When did this become a thing?

Development started in late 2017 and is now being tested by the public via beta release version.

Isn’t that a little soon-to-market?

Yes. However, Matt Mullenweg, WordPress founder, has stated that Gutenberg should not be released until 100,000 beta installs have been completed, thus giving sufficient coverage of the new software, and hopefully enough user feedback to warrant a full release.

When will it launch?

Gutenberg is tentatively scheduled to launch with the WordPress 5.0 release, probably some time in September 2018.

My users have a hard enough time logging into a site and now they are going to have to learn a new editor?

We feel you. New systems always have a learning curve, some more steep than others. However, the premise of Gutenberg is that is designed in a user friendly (not hostile!) way that will be intuitive to use, both for new and veteran WordPress users.

How can I test the Gutenberg beta software?

You can download the latest version of Gutenberg from the WordPress repository. Please note, WordPress 4.8 is required to utilize Gutenberg.

What are you guys doing to stop/embrace this?

At Wave Motion Digital, we support WordPress development and consider it the premiere web content management system. We are currently testing and tinkering with Gutenberg so we can be ready upon it’s final release. And on that note, whether your organization would like a helping hand, web development, consulting, or the sharing of obscure Police Academy trivia, we are here to help. We are ready to create something amazing for you – just give us a call or email us!